Alicia McKenna knows just how seriously football-obsessed fans take the Super Bowl – and that extends to the kind of food they serve while watching the game.

McKenna has operated the St. John’s and Mount Pearl, NL-based food truck Johnny & Mae’s with her husband Kyle for the past few years. In the past, they’ve offered take and bake options so customers could pick up food that’s easy to bake at home with minimal effort, which has given them a general idea of ​​what items are popular.

McKenna says their chicken tenders have been among the most requested items for a gathering, while another requested item is the macaroni and cheese coated with Doritos crust. These items are popular, she says, as they’re very low maintenance.

“You just pick it up, pop it in the oven, and it’s ready to go. These crowd-pleasers go over well with people who are picky eaters and not adventurous in food choices,” she says. 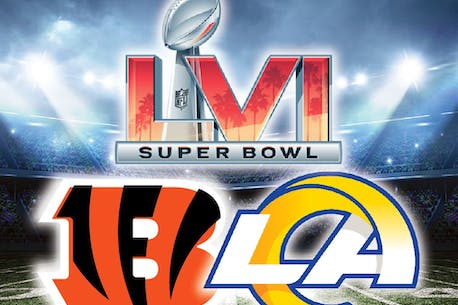 And while the classics are always going to remain popular, McKenna believes people are looking for something different, especially when having company, because in any group, one is likely to find a few who are adventurous in wanting to try other foods.

This year, instead of doing take and bake, the couple has decided to cater a private party instead. Catering is a different ballpark from the take and bake service and is one which the McKennas enjoy because of the social aspect.

“We’re there, and we’re interacting with you. They get to see how we make the food and see the attention that goes into how we prepare it. We do like entertaining, and we try to provide people with a fun time,” she says.

The nostalgia of having people over for food is hard ingrained in our way of life, and this is something the McKennas like to keep in mind when working in someone’s home.

“When I was growing up, my parents had Super Bowl parties where someone always brought the nachos or the wings, but today people have become more comfortable thinking outside the box and trying new items,” she adds.

PEI resident Trisha Gordon is a chef and Culinary Institute of Canada graduate who runs the blog Life Is Like Vegetables, which is dedicated to vegan recipes.

“With vegan dishes, many people don’t understand it, so they ask themselves, ‘will it taste good?’ And the answer is yes, it can,” she says.

“If a person wants to have nachos or chilli for their gathering, they can vegan that, and it can taste good.”

Gordon says that with vegan cooking, people often carry a “block” with them when it comes to trying it, but she has noticed there has been less of a stigma associated with vegan over the past number of years.

“People are becoming more and more aware of vegan meals, and you see it advertised in the fast-food chains as well, and they’re not being marketed just to vegans — they’re being marketed to everybody.”

Gordon says people are often surprised to learn they can have vegan options for their favorite foods such as vegan burgers, vegan nachos and vegan sausage.

“My personal passion is in wanting people to believe these meals can be delicious,” she says.

Gordon, who has been vegan for three years, began out of curiosity and soon was amazed at how satisfying eating vegan was, especially as she began pushing the bar in terms of flavour.

“Chances are everyone has got that one vegan friend, and it can be a bit of a downer such as ‘oh, what do I make for them’ but my advice is don’t make one special dish for them, make a vegan dish for everybody,” she says.

“Even if your whole Super Bowl party isn’t vegan, just try some things.”

Olivia Parsons operates the Newfoundland blog Rock Recipes along with her father, Barry Parsons, one of the most popular food blogs in Canada with over 1,800 recipes shared and a large community of readers. She also agrees that people are expanding their horizons more when it comes to meals.

“I think folks are becoming more open to trying new things, especially as we see increased inclusivity of various lifestyles such as plant-based or gluten-free,” said Parsons, who adds it can be a lot of fun for folks to reimagine their Favorite party foods to incorporate new flavors and international inspiration.

But, she says, a classic is classic — especially things like perennial Super Bowl favorites like chicken wings, which are featured in many recipes on their blog.

Another popular item, according to Parsons, that can be made for events like the Super Bowl might surprise some: fishcakes.

“We like making them smaller as a party finger food, which works for cod cakes, crab cakes, or even sweet potato salmon cakes,” she said.

Parsons notes that during the pandemic, folks have been spending more time at home, with more time to devote to cooking. A big cooking project can be a lot of fun, especially leading up to a game day or a special event.

“As someone with a sweet tooth, I say desserts are welcome everywhere, the Super Bowl being no exception. Individually portioned mini desserts are great as they don’t require cutting into a larger cake or pie — think mini cheesecakes, cupcakes, and our popular butter tarts.”

Parsons says that regardless of what type of food is served at a Super Bowl gathering, it all comes down to the people around you, and expressing their affection through food is the key ingredient.

“Making something homemade for sharing is, in my opinion, one of the very best ways you can show love and care to others.”